2. this machine meet to the requirement of GMP

3. It is SS316 contact with product, other parts made of SUS304 stainless steel
Working principle:
The tablet cores to be film-coated make continuous complicated or-bital motion within a closed clean rotating drum under the action of a stream-line guide plate. Controlled by computer and according to the optimum technological parameters, they are automatically sprayed with film-coating medium, while hot air is supplied under a negative pressure controlled, the hot air pentrates through the tablet corelayers and is discharged from be-low the drum, so that the film-coating medium sprayed on the surface of tablet cores may dry rapidly and evenly, thereby forming a layer of solid, compact, neat and smooth surface film.

1. The control system consists of PLC and HMI. The design is reasonable and programming is flexible, which are adapt to the different needs of pharmaceutical technology, thus featuring reliable work, stable performance

2. Under the action of the agitation of streamline guide plate, the tablet cores are tumbling smoothly and exchanging frequently, thus elimination the phenomenon of tablet cores falling from a high place and the collide, so that solve the problems of broken pieces and chipped edged and also improve the rate of finished products. The narrow surface of the guide plate eliminates the adhesion of coating material on its surface, thus saving the coating material and improving the quality of medicine.

3. The peristaltic pump with constant pressure and variable eliminates the need for a return pipe. The turning radius of the drum varies with the pressure. The slurry output and the quantity of slurry sprayed are balanced from plugging-up, and saving the coating material, moreover the cleaning is simple, without deed corner.

4. The spray gun is specially designed for film coating machine with even atomization and large coverage of spraying. The universal adjustable spray head makes the cleaning mechanism of spray gun unaffected by charge quantity, so that  coating can proceed continuously, thus reducing the coating time and saving coating material.

5. Display and control the negative pressure in the coating drum

6. Display and control of the speed of heat-supply air

We have set up an air-speed detecting point in the heat-supply air pipe and installed a 2001AV air speed gage (made by the USA Dwyer Co.) on the operating console, the operator can operate the touch screen according to the technologically specified air speed value (8m/s), so as to control the speed of hot air fan and meet the demand for air supply.

7. Display and control of temperature value

Temperature sensors are installed at the air inlet and outlet of the filmcoating machine. After the temperature signal is inputted to the PLC and compared with the set value (90), the heat exchange is automatically controlled, thus achieving the control of filmcoating temperature value.

8. Adjustment and control of sprayed syrup

The spray delivery pipe system has the function of fine adjustment of each spray gun, the syrup flow control valve and the pressing wheel of peristaltic pump in the pipe can change the turning radius according to the tightness of syrup delivery pipe(i.e. the pressure at the delivery pipe orifice), thus ensuring a constant-pressure output of syrup while the flow can be automatically balanced at any time according to the quantity of spraying, thus ensuring that the syrup is at the pressure(for instance 0.08Mpa) defined by the technological parameters, and achieving the automatic control of the quantity of syrup.

9. Adjustment and control of the coverage area of atomized syrup.

The spray gun used in the filmcoating system is designed originally, the atomizing coverage area can be adjusted in 360°with the spray head by turning the angle of spray head cover according to the charge quantity in the machine, the operation is convenient and easy to control, and it keeps the result of atomization from being impacted by the human factor of operating skill, thereby facilitating the preparation of SOP.

10.  The memory and the print function

It is possible to automatically record in real time the relevant technological parameters in the production process and to print out thereof according to the requirement, thus avoiding the possible errors of manual record made by the operator and ensuring the truth and reliability of the original record. 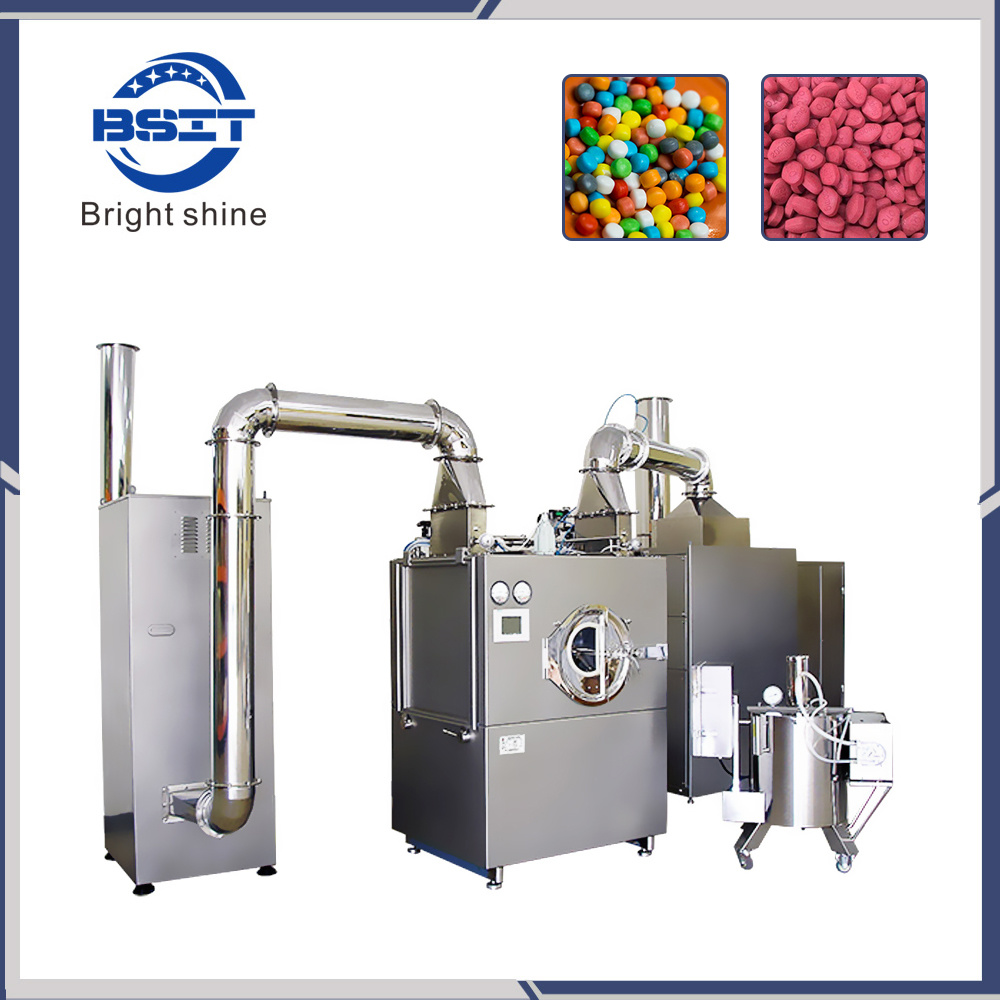 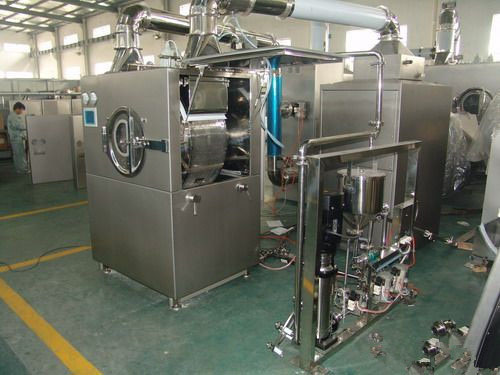 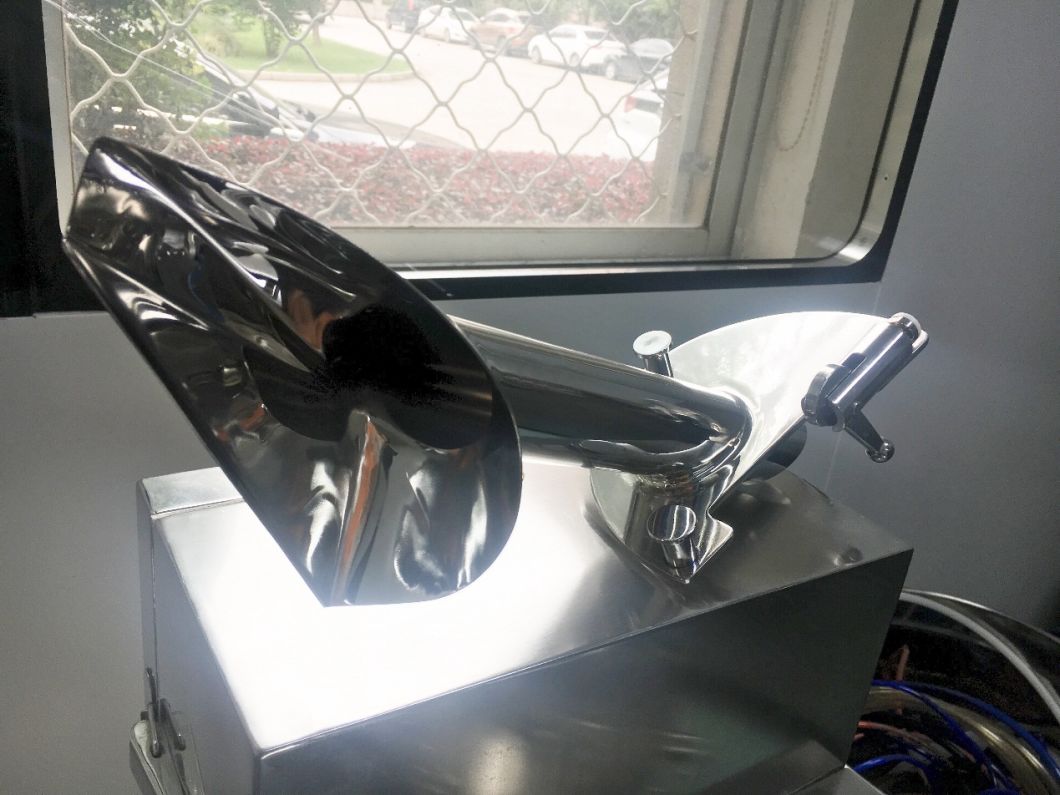 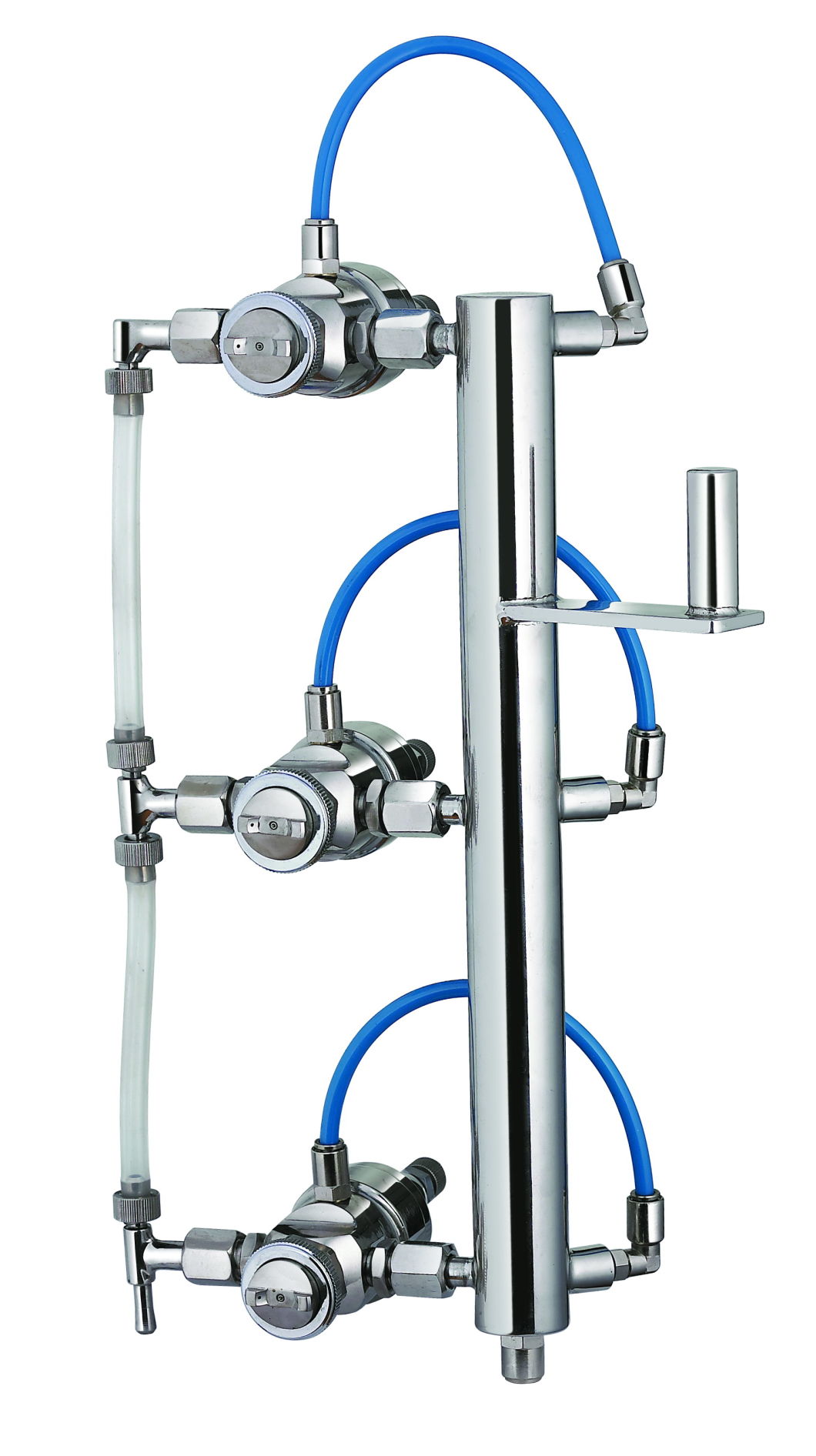 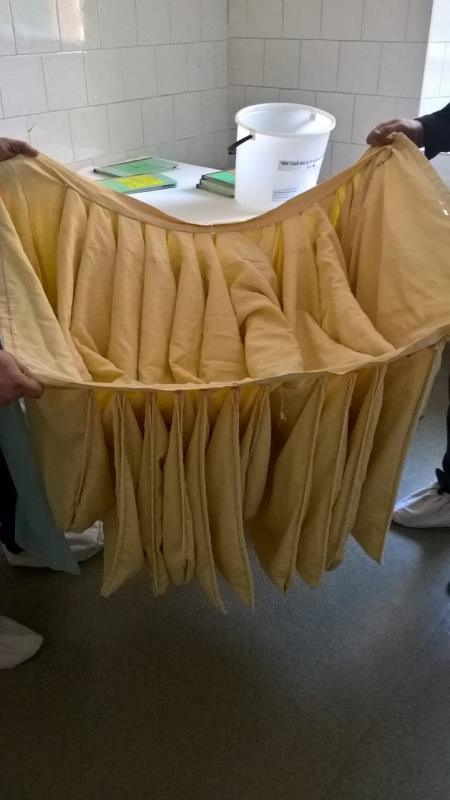 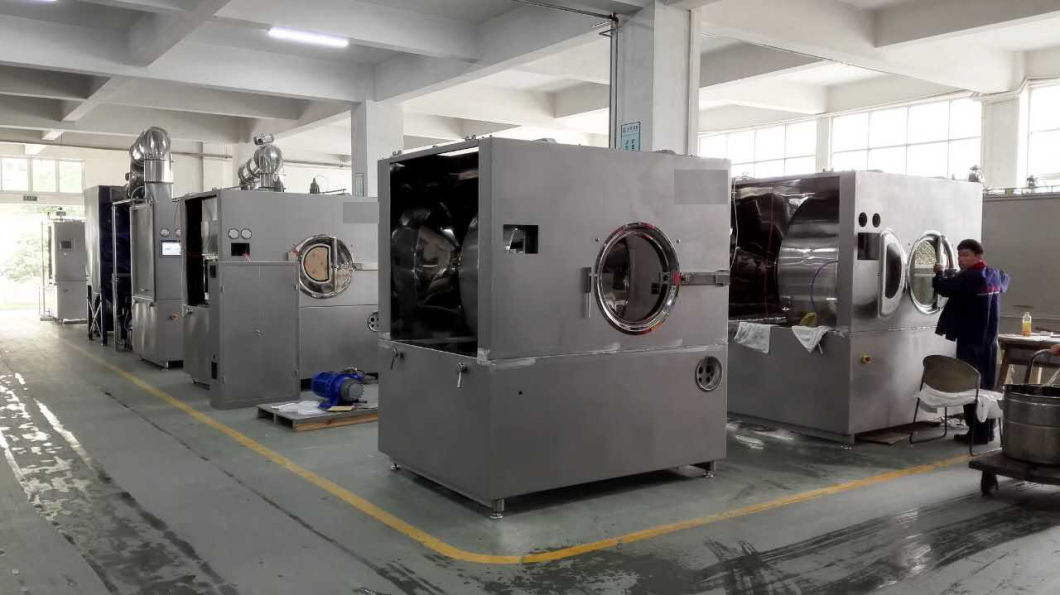 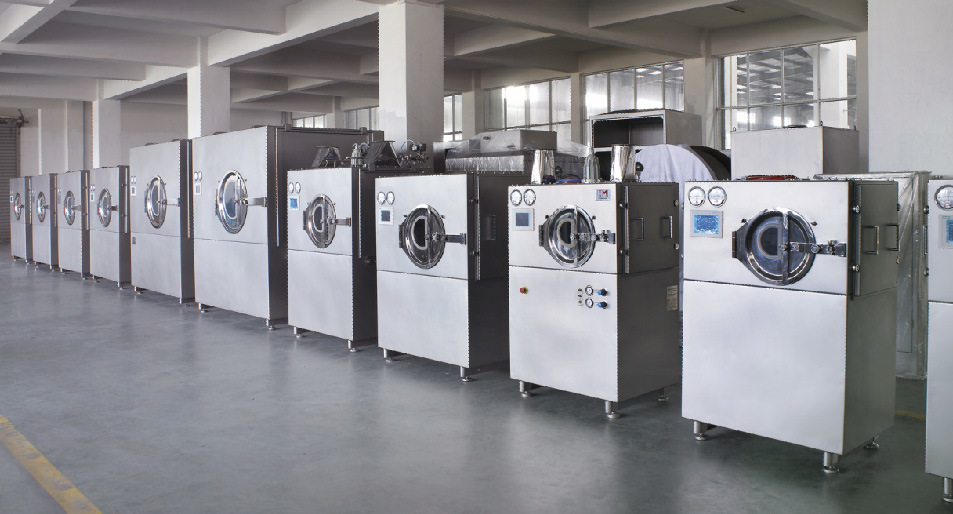 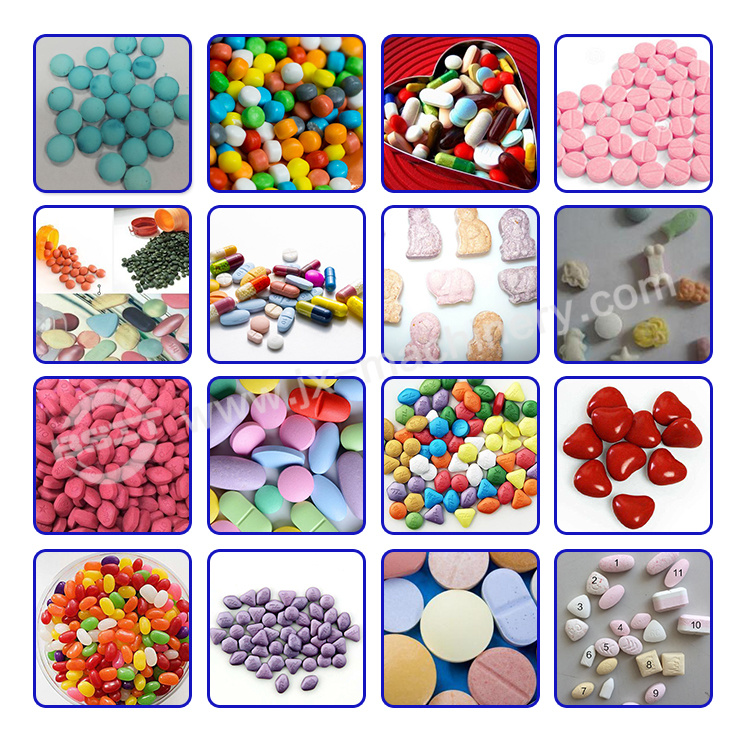 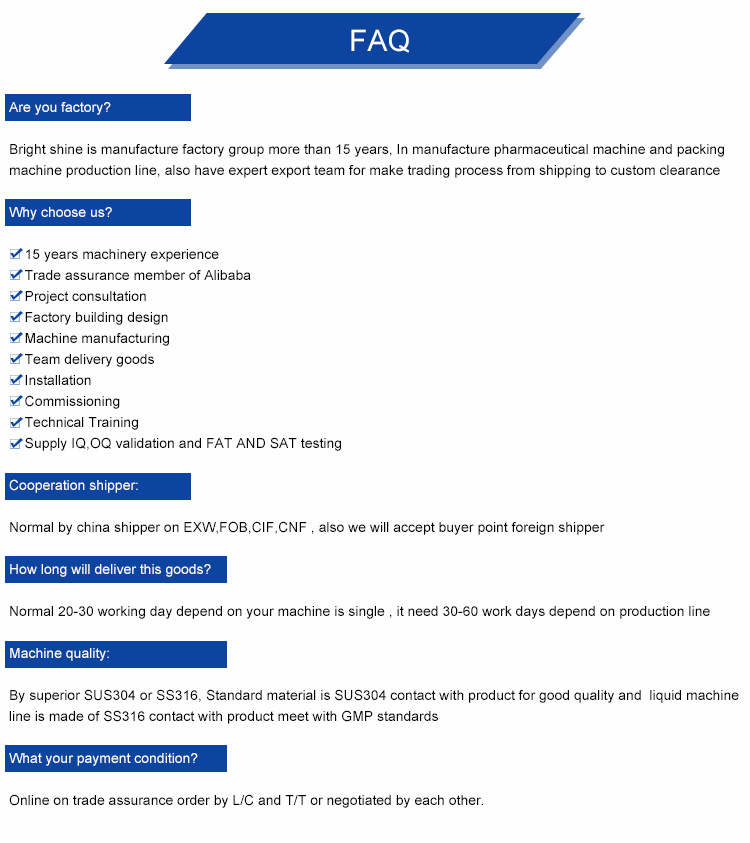 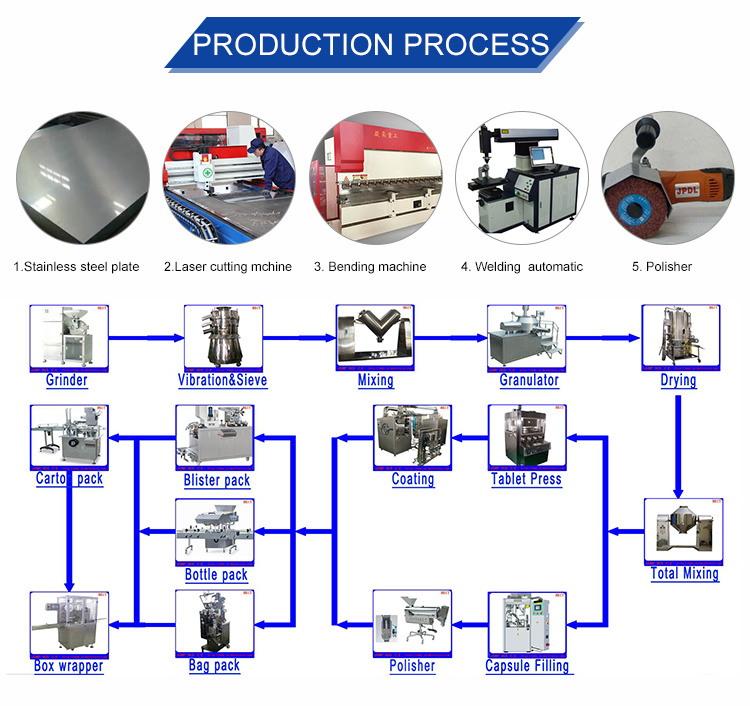